Reaper is an Attack card for the Ironclad that combines area-of-effect damage with a strong life-steal effect. Upgrading Reaper increases the damage from 4 to 5.

Note that any effect that increases damage, such as Vulnerable, Strength buffs, and upgrading the card also increase the amount of health restored.

Reaper restores health equal to the HP the enemy loses. For instance, dealing 4 damage to an enemy with 1 HP will only restore one point of health.

Reaper is a clunky card - not only is it situational, but it's expensive at 2 Energy. When playing a deck with Reaper, take care not to get too greedy. It's easy to make poor plays in the hope that Reaper will restore more health in the future.

In fights with one or two enemies, it's usually advisable to play Reaper as soon as possible to avoid drawing it in the future. With more enemies, you can hold out longer, but be careful - wait too long, and you may need to kill the enemy you had hoped to drain.

In general, you should play Reaper as soon as enemies give you an opening unless you'll lose more HP that turn by using it than by blocking, or you have a reliable way of gaining large amounts of Strength, such as Demon Form 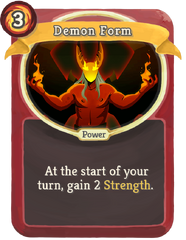 or an upgraded Limit Break 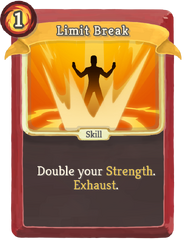 Reaper performs well with cards that inflict Vulnerable, which sharply increases the amount of health restored.

Reaper's best friends are Strength buffs. Not only does Strength increase the amount of Health restored, but you don't need to worry about timing it like you would with Vulnerable.

Reaper is an excellent utility for self-damaging decks, especially ones with Rupture 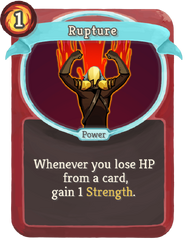 . It gives you more health in mid-battle, allowing the usually short-lived deck to effectively fight longer battles against bosses. Consider combining it with Dual Wield 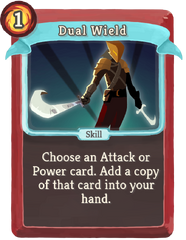 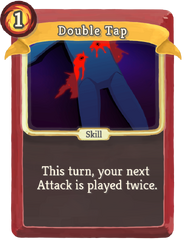 to maximize its potential.

Strange Spoon can be a double-edged sword - more plays equals more Health, but the card's utility generally decreases with the number of enemies.

Retrieved from "https://slay-the-spire.fandom.com/wiki/Reaper?oldid=13303"
Community content is available under CC-BY-SA unless otherwise noted.