This turn, your next 2 Attacks are] played twice.
Double Tap is a Skill card for the Ironclad. It plays the next Attack card this turn a second time, for no Energy. As a Rare card, it can be obtained after defeating a Boss. It is Ironclad's version of Burst 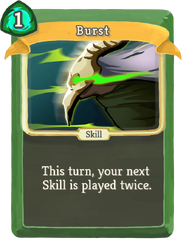 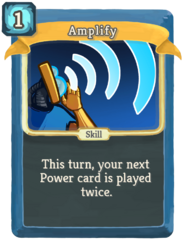 Retrieved from "https://slay-the-spire.fandom.com/wiki/Double_Tap?oldid=12149"
Community content is available under CC-BY-SA unless otherwise noted.