Core Surge is a card for the Defect that deals 11 (15) damage and grants 1 Artifact buff. While this card is not particularly useful on its own (although it can be valuable, when drawn at the right time, to negate key debuffs) it is excellent for setting up combos with certain other cards. Two cards which work particularly well for it are Biased Cognition 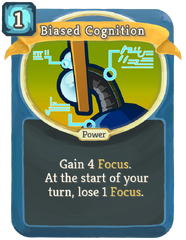 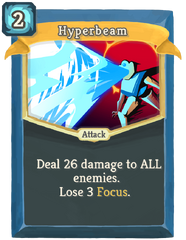 , both of which have their downsides negated if Core Surge is used first.

Retrieved from "https://slay-the-spire.fandom.com/wiki/Core_Surge?oldid=13821"
Community content is available under CC-BY-SA unless otherwise noted.