At the end of each Act, one of three Bosses for an act will be encountered. The boss fight is denoted in the map by a big icon at the very top. Each boss has its own icon shown at the top of the map, giving the player time to plan their strategy. The preceding space on the map will always be a Camp Fire, allowing the player to rest before the fight. (With the exception of Corrupt Heart, which has an elite encounter before it)

Each boss slain adds 50 points to the run's Score. Slaying a boss without taking damage (not including self-damage cards such as Offering, Hemokinesis, etc.) adds an additional 50 points, and perfecting all 3 bosses adds a 200 Points bonus, overriding previous flawless bonuses.

Pantograph will heal the player for 25 HP at the start of each boss combat.

On Ascension 20, the player will fight two bosses at the end of Act 3. The same boss cannot be encountered twice in a row.

In the Mind Bloom Event in Act 3, choosing [I Am War] starts a fight with a random Act 1 boss for a random rare relic. This boss fight does count for the Score bonuses and does activate the Pantograph relic.

Hexaghost
Add a photo to this gallery

The Collector
Add a photo to this gallery

Donu and Deca
Add a photo to this gallery 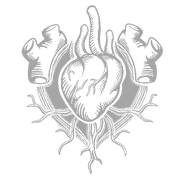 Corrupt Heart
Add a photo to this gallery
Retrieved from "https://slay-the-spire.fandom.com/wiki/Bosses?oldid=16597"
Community content is available under CC-BY-SA unless otherwise noted.