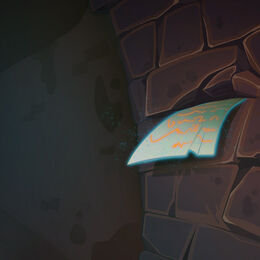 A Note For Yourself is an uncommon Event found in the first three acts of the Spire. You found a card left by someone, along with a mysterious note that is supposedly written by yourself.

[Take and Give] Receive a card that you had stored previously, and store a card in your deck in return.

Retrieved from "https://slay-the-spire.fandom.com/wiki/A_Note_For_Yourself?oldid=16997"
Community content is available under CC-BY-SA unless otherwise noted.